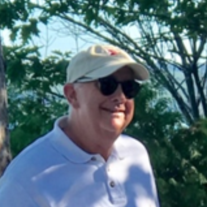 Lee Charles Nordloh passed away unexpectedly after a brief illness on Saturday, August 30, 2019. He is survived by his loving wife of 32 years Lisa, his mother Barbara (father James Leo, deceased) and siblings Denise (David, deceased) Strasser, Diane (Steve) Gilcrest, Peggy (Bill) Stevens, Mike, Debbie (Rodger) Davis, Donna (John) Brueggemeyer, Jim (Carol) and Judy (Kevin, deceased) McCabe, Brother-in-law, John (Ashley) Sheley, along with his precious aunts, uncles and cousins. Blessed to have come from a large family, Lee found great joy in being a part of his many nieces and nephews lives; Lee Ann Strasser, Sarah and Spencer Gilcrest, Henry and Lucy Stevens, Charlie (Claire and Max) and Joey Nordloh, Rodger (Alyssa), Robbie and Reed Davis, Annie, Abby and Sam Brueggemeyer, Jimmy and Jack Nordloh, Connor McCabe, and Jacob and Emma Sheley. He continued to add to his village, building lifelong friendships that felt like family to him, including Beau (Abby) Tuke and Hunter (Crystal) Barnhill, who he considered like sons. Lee enjoyed a nearly 30 year career as the owner of Nordloh & Associates Surveying in Terrace Park and had the honor of serving as the President of the Professional Land Surveyors of Ohio. His work took him to all corners of Southwest Ohio, and he never left home without his trusty English Setters, Penny, Lady, Buster and Goldie (all deceased), and Moby and Bailey now missing their adventure partner. He fostered a lifelong fascination and love of “Planes, Trains, and Automobiles” and boats. He preferred to explore the world via American, European, and Canadian Railways, enjoying the journeys as much as the destinations. He loved to share his passion and knowledge by volunteering for many years at the United States Air Force Museum in Fairborn, Ohio. Some of his favorite afternoons were spent at Lunken Airport watching planes come and go, or at the Mid-Ohio Speedway racing his Porsche. Lee felt that he was of two hometowns, born in Cincinnati, spending summers throughout his life in Portage Point, Michigan, and eventually fulfilling his dream to own a home in both. He was in his element sailing his boat “Edelweiss” across Portage Lake and out to Lake Michigan with Lisa. Lisa, his family and friends will miss him dearly for the rest of their lives but will cherish his advice to enjoy the journey until we all meet again at the destination. A tribute of “a pleasant flight”, “start your engines”, “all aboard”, “anchors away”, and Godspeed to a husband, son, brother, uncle and treasured friend. A celebration of life will be held on Friday, September 13th from 5- 7 at Terrace Park Country Club. In lieu of flowers, please consider a donation to your favorite charity.
To order memorial trees or send flowers to the family in memory of Lee Charles Nordloh, please visit our flower store.