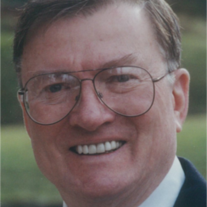 William C. “Bill” Latham, 84, of Villa Hills, KY, died on August 7 at Saint Elizabeth Hospital in Edgewood Kentucky as the result of brain injuries suffered in a fall. Mr. Latham was born on June 6, 1933 in Hartford, Connecticut and grew up in Louisville, Kentucky, where he became an Eagle Scout and a varsity swimmer for Manual High School. After graduating from the University of Kentucky in 1956, he served two years in the Army, then worked as a reporter at the Louisville Times and as a picture editor at National Geographic magazine. He purchased the Clermont Sun in 1971. Mr. Latham and his family lived for 38 years in Batavia, Ohio, where he owned and published the Clermont Sun, one of Ohio’s oldest weekly newspapers. During that time, he modernized the business, expanded readership, and founded the Brown County Press in Mount Orab, Ohio. In 2007, the Ohio Newspaper Association recognized the Clermont Sun and the Latham family with its “First Families of Ohio Newspapers” Award. He sold both publications in 2015. Mr. Latham was also a former president and long-time member of the Batavia Rotary Club, which honored him as a Paul Harris Fellow. Survivors include his wife, Mary Patrick Latham, his children, William C. Latham, Jr. (Cindy) of Colonial Heights, Virginia, Elizabeth P. Jenks (Steve) of Castle Rock, Colorado, and Patrick C. Latham (Amber) of Batavia, Ohio, his sister, Jean Latham Robertson of Philadelphia, Pennsylvania, and his brother, Sidney Latham of Lexington, Kentucky. Mr. Latham is also survived by four grandchildren: Andrew and Olivia Latham, Nicholas Latham, and Alexander Jenks. A funeral mass will be conducted at Holy Trinity Church in Batavia, Ohio at 11 a.m. on Saturday, August 12. Visitation will be from 5-8 pm on Friday, August 11 at Moore Family Funeral Home, 225 Spring Street, Batavia, Ohio. Donations may be made to Rotary International, care of the Batavia Rotary Club, P.O. Box 727, Batavia, Ohio 45103.
To order memorial trees or send flowers to the family in memory of William C. "Bill" Latham, please visit our flower store.