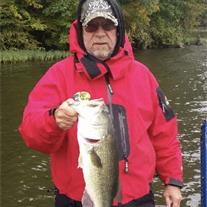 William J. Remley, age 64, longtime resident of Newtown, Ohio. Beloved husband of Mary Jo Remley (nee Powell). Cherished Son of the late John and Gloria (nee Young) Remley. Devoted Father of William (Melissa) Remley. Cherished Brother of Kim, Steven, and the late Michael Remley. Loving Grandfather of William Joseph Remley and Step Grandson Owen Barnett. He is also survived by numerous nieces and nephews. Bill was an avid Bass Fisher, winning a few of the many tournaments he participated in. He worked as an Aircraft Mechanic at General Electric, opting to take early shifts to beat all the traffic on 75. He cherished the moments he got to spend with his family, enjoying the time he would spend with family at Florence Speedway.
To order memorial trees or send flowers to the family in memory of William J. Remley, please visit our flower store.